On 20th April I performed some blind improvisations alongside artist Ingrid Plum on LV21, a decommissioned light-ship (more here). Each of us performed in adjacent rooms, able to hear each other’s output through the metal bulkhead but unable to use visual cues. Ingrid used her voice to make long resonating drones, and made percussive sounds on the metal surfaces of the space. I used a single turntable with sine-tone record and my own dubplates; monophonic analogue synth; contact microphone on the railings around the space; and condenser mic in a wall cavity for picking up sounds from elsewhere on the ship and creating feedback within the space. Many thanks to Hannah Hull for the photos, below. 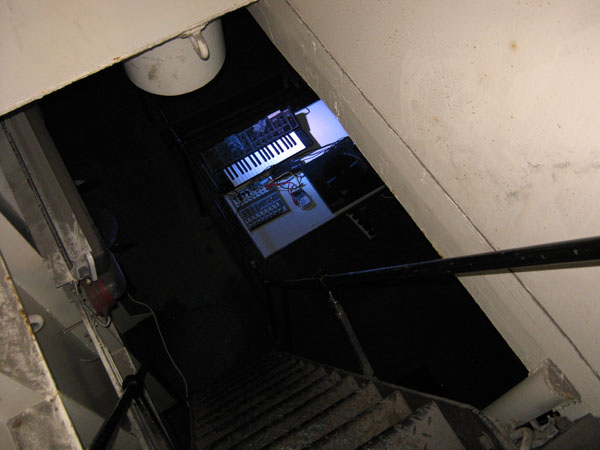 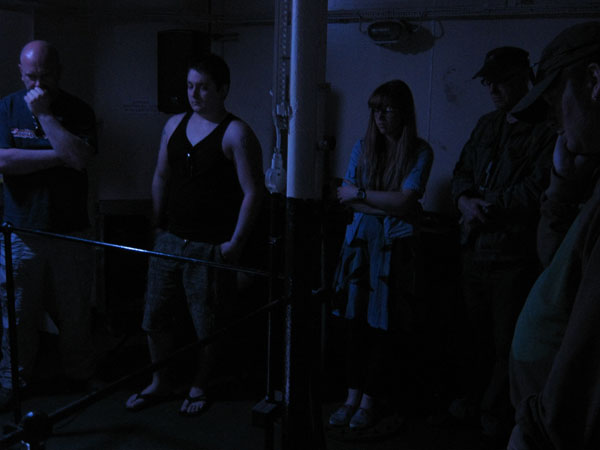