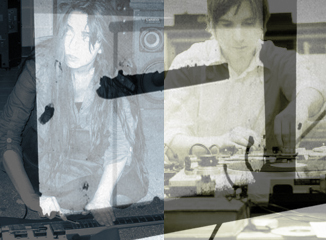 On Friday 21st June I’ll be collaborating on an audiovisual performance with artist Melanie Clifford at the opening gala for The Film Lab Festival, Hackney Wick, London.

In preparation we’ve been exploring the area collecting audio and video footage and objects. From these we’re each having a dubplate cut with sounds of the area, to use in a performance: I’ll also be using tapes and Melanie will be using found objects as percussion. Some kind of remnant from the performance will form an installation for the remainder of the festival.