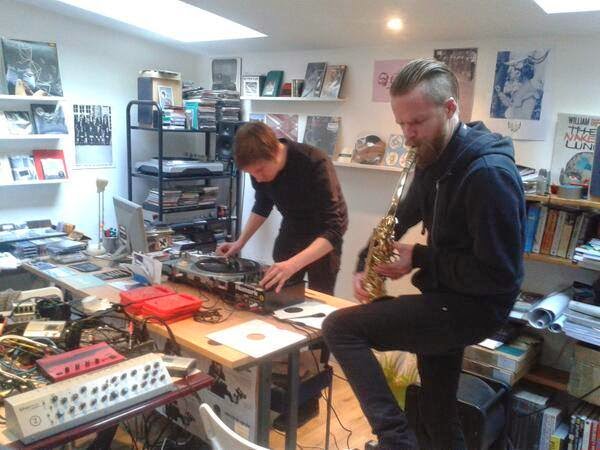 In April me and Colin Webster are playing several dates as part of a tour. Colin plays saxophones and I will use turntable and dubplates, walkmans and percussion.

Our album ‘Estigate’ was released by Linear Obsessional Recordings last month. Buy/stream/download the album here. For the tour we will release a new album of recordings through Colin’s label Raw Tonk.