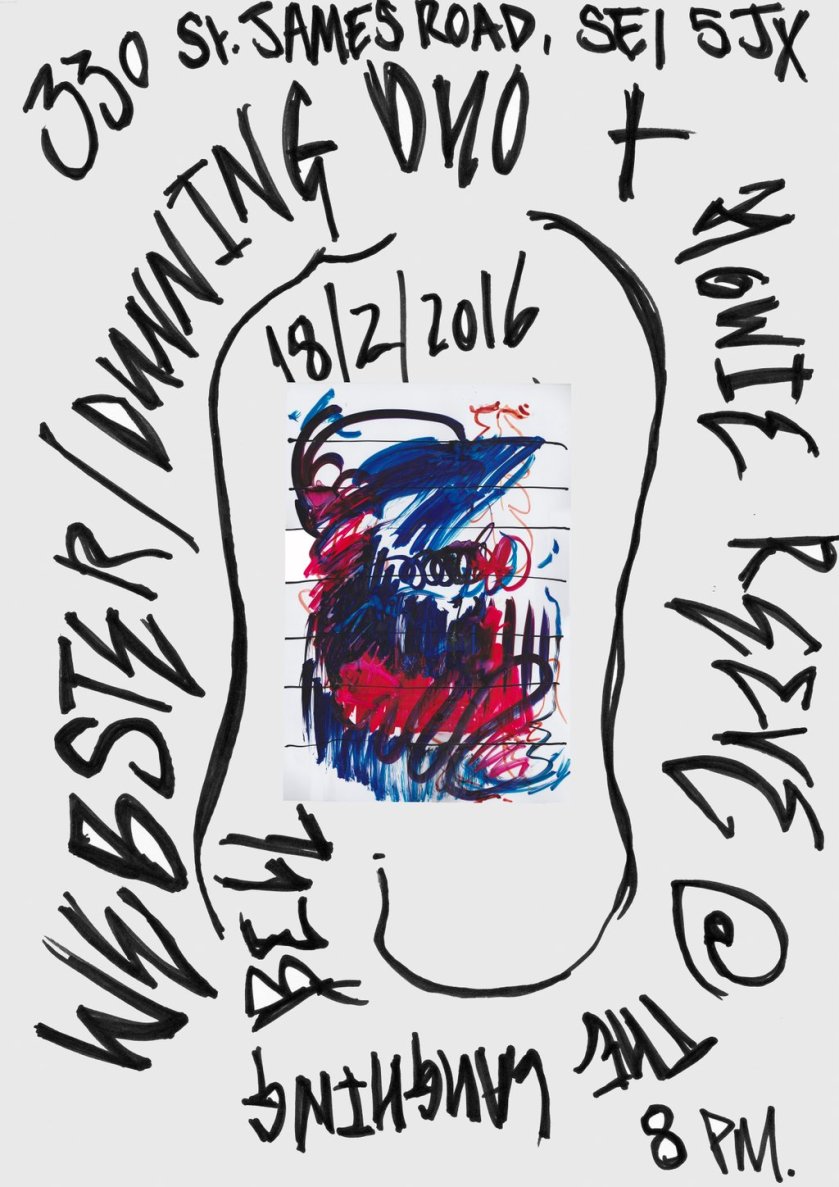 Colin Webster is an improvising saxophonist from London who has put out releases with the likes of Sheik Anorak, Mark Holub and Toby McLaren. Having toured with heavyweight Dutch free-jazz duo Dead Neanderthals in February this year, he recently put out a release with sound artist Graham Dunning for Linear Obsessional Recordings.

Graham Dunning is a sound and visual artist based in the UK. His sound sources include field recordings pressed to dubplates; modified records; adapted playback equipment such as reel-to-reel tape players, turntables and Walkmans; found sounds, especially discarded footage of people’s home recordings; home made electronics; broken cymbals and other metal objects; and inexpensive delay units.

Howie Reeve is an acoustic avant-pop solo bass artist from Glasgow. His work with other well known faces in Glasgow‘s avant-folk, post-punk and free jazz scenes has made Reeve a linchpin of the city’s underground music scene. Having spent time in a number of acts like Shlebie and Tattie Toes, Howie decided to go it alone a couple of years back and has already released two solo albums as well as a now sold out 7” with Minutemen bassist Mike Watt.