Info and tickets from the Cafe Oto website, here. 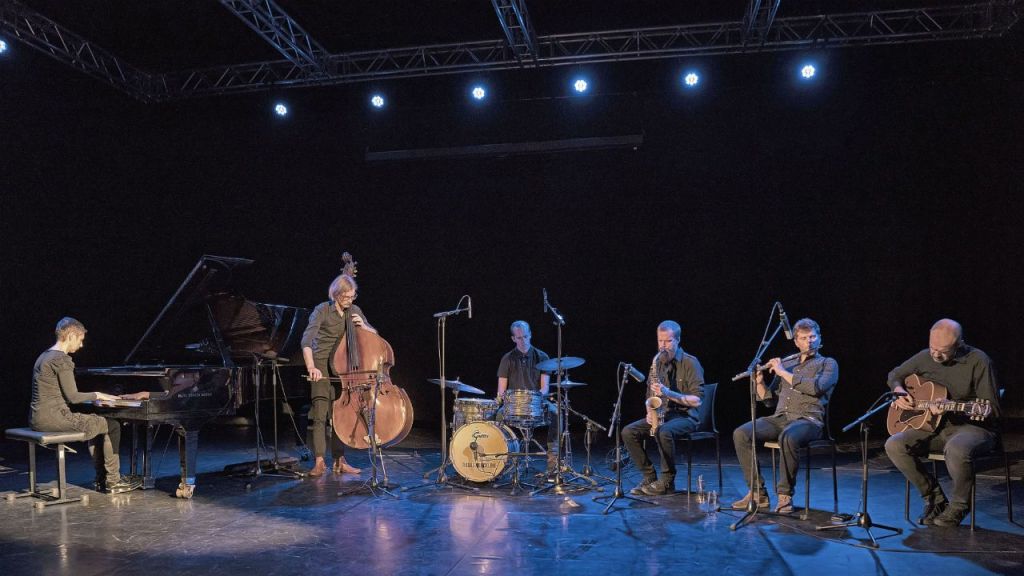 Known for his experimental soundscapes, constant will to explore and his free improvisation collaborations, he continues to set new goals and this next level is TONUS.

TONUS as an ensemble grew out of Dirk Serries’ jazzcase residency in 2017 for which he brought together a sextet to work around a slow piano motif by Martina Verhoeven. The literal translation of Tonus is muscle strength, but in this context defines a musical system that places equal importance on the space between notes. Both definitions apply here as the music is an exercise in discipline and anticipation while controlling the clarity, sustain and effect of each single note played. The birth of the TONUS happened when Serries realised that he needed a vehicle to explore and perform these exercises, as well as a general classification for his ongoing study in minimalism and free improvisation.

Celebrating his 50th birthday in par with the release of the first two TONUS albums on his own New Wave Of Jazz imprint, Baba Yaga’s Hut & Another Timbre presents this unique event at Café OTO.