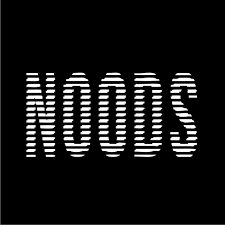 Monday 25th May from 21:00-22:00 Noods Radio, Bristol will host a guest mix, with some new stuff from the Fractal Meat label, some of my forthcoming releases, some speed garage and some other brand new techno, and some noise. Full tracklist and bandcamp links below, tune in at https://noodsradio.com/

Me and Amy Cutler will play a live set with handmade visuals and sound, using 35mm slides, torches, glow-in-the-dark goo, tapes, field recordings, synths and amplified objects.  The real-time film & sound collage will draw on DIY laboratory practice, dubious experiments and eerie coincidence. A resceduled perrofmance following the death of a laptop moments before starting a few weeks ago.

Yes yes yet again. Onward flails the esteem-powered circus tent on wheels of pompous ire. Lo self-moving sisypheans will call forth the this lot:

KAPIL SESHASAYEE
Glaswegian ultra-post-rock guitar/laptop extravagations. Songform stretching spiderweb style, like dub shatteration on the axis of space rather than time, imbued with the voicing of the unacceptable.

GRAHAM DUNNING AND AMY CUTLER
Previously curtailed by laptop death, now a phoenix-like salvaging stagger. The egg-slicing mechanism will leap from the QVC of your nightmares onto finely plated noise-cress. The crinkles will spread from the corner of your eye across the entire ocular plain. It will I’m tellin’ ya!

ADAM CAMPBELL AND TINA KREKELS
Microidation of tubic lung-lunge through serial electunneling aparratus. A fine particulate matter to fibreglass you for a sideways look. Rapidly perishing.

WEIRD BITCH
The weird bitches whomst in other lives is PETRONN SPHENE and SLAYLOR MOON will bitch weirdly across the optifibres. Mindful electric filth of quarantine cooperage will be vomited forth into your baby bird mouths. Will what they do.

PANOPTICON: Cassette and download from https://everycontactleavesatrace.bandcamp.com/album/panopticon
‘Half-Life’, all in-game sounds replaced with samples from 90s rave tracks and sample CDs. Join me for a live playthrough to mark the launch of the album. From approx 10am (uk time) onwards.
http://twitch.tv/grahamdunning
“The research consists of four main phases: The first phase involves extraction of the silhouette of an individual. Calculating the gait period or gait cycle of the individual follows this. Finding the sum of silhouettes is the next step. Finally, similarity score computation and matching process is performed for recognition. Any two images when compared using root mean square value are said to be similar if the value falls under the given threshold.” 1
“Spend a little bit of time with neural networks, and you realize that anyone holding something in their hand is likely to be identified as someone ‘holding a cellphone,’ or ‘holding a Wii controller.’” 2
credits
releases May 16, 2020
Concept & execution by Graham Dunning
Mastered by Angel Marcloid
Album art by Alex Bertram-Powell
‘Half-Life’ by Sierra Studios
1 ‘Human Gait Recognition And Classification Using Similarity Index’, Nahid A Makhdoomi et al 2013 IOP Conf. Ser.: Mater. Sci. Eng. 53 012069 – iopscience.iop.org/article/10.1088/1757-899X/53/1/012069
2 ‘Invisible Images (Your Pictures Are Looking at You)’, Trevor Paglen, The New Inquiry, December 2016 – thenewinquiry.com/invisible-images-your-pictures-are-looking-at-you

20:00 Andrew Lisle
playing with the concepts of the fluidity and rigidity of time
https://youtu.be/vOS71RHy1tU

Andrew Lisle is a drummer/composer based in London. He works in the fields of Free Jazz, and improvisation; performing with the likes of Colin Webster, Alex Ward, John Edwards, John Dikeman, and Rodrigo Amado. This performance will be a solo improvisation playing with the concepts of the fluidity and rigidity of time, a subject which has been an extensive study of Andrew’s.
http://www.andrewlisle.com/

TVO is Ruaridh Law; a sound artist and musician based in Paisley, Scotland; over 20 years he has performed in groups, in collaborations and solo across a wide range of festivals, arts spaces, venues and clubs as performer, improviser, DJ and artist, as well as hosting radio shows and writing.
He runs the Broken20 multimedia label, which has been releasing experimental music, DVD, cassette, vinyl and mixed media works over 10 years and 50+ releases; he has also recently set up further_in, an online streaming channel dedicated to platforming art from artists who have lost bookings, gigs and opportunities due to the global COVID-19 epidemic.
http://tvo.broken20.com 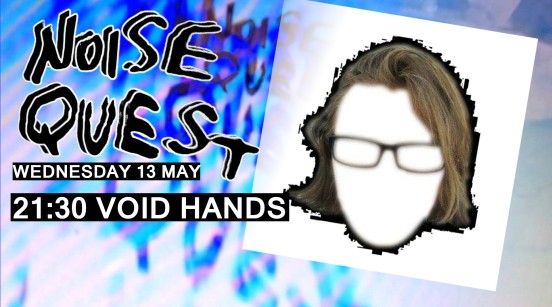 Void Hands is Richard Knight, a data artist, actively involved in music production, composition, and performance in addition to computer software development for artistic means. Currently based in the North of the UK, he is motivated by the interaction of organic and electronic phenomena. He is also known for pioneering a raw techno style purely with mixing desks (sometimes in collaboration with Juergen Ehrmann) and has released experimental pure no-input mixer recordings on the labels Concrete Moniker and Fractal Meat Cuts.
http://rk.1bpm.net/

Shelly Knotts is an improviser who performs with computers and other humans. Interests in code, data and networks have lead her down strange and diverse musical paths from electroacoustic composition, through jazz and noise music to algorave. She experiments with generative and AI techniques and opinionated algorithms to make music. She has performed at numerous Algoraves and other live coding events worldwide, solo and with collaborative projects including algo-pop duo ALGOBABEZ. In 2017 she was a winner of BBC Radiophonic Workshop and PRSF ‘The Oram Awards’ for innovation in sound and music. By day she is a researcher at Durham University working on the research project ‘Musically Intelligent Machines Interacting Creatively’.
http://datamusician.net

Streaming art of all descriptions to isolated people, together.

An attempt to bring together artists, musicians, DJs, writers, performers, and anyone else who works culturally who has lost income or bookings due to the current crisis

Brought to you via the minds behind the Broken20 record label (@ruaridhTVO, @prounit, @wtstca )with the help of many others

Pre-ordering now – releasing on 16th May. Buy at the label bandcamp page: Every Contact Leaves A Trace.

“The research consists of four main phases: The first phase involves extraction of the silhouette of an individual. Calculating the gait period or gait cycle of the individual follows this. Finding the sum of silhouettes is the next step. Finally, similarity score computation and matching process is performed for recognition. Any two images when compared using root mean square value are said to be similar if the value falls under the given threshold.” 1

“Spend a little bit of time with neural networks, and you realize that anyone holding something in their hand is likely to be identified as someone ‘holding a cellphone,’ or ‘holding a Wii controller.’” 2 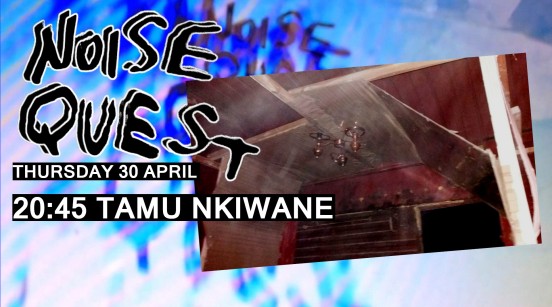 TAMU NKIWANE
Tamu Nkiwane is a multimedia Artist, working within the realms of sound and 3D. Interested in found sounds, tapes, loops and installations.
Performance: Marbles in Spiderland
“In the performance I will be working with found tapes, Nanoloops, keys and guitar. I will attempt to make a soundtrack to a series of shorts I’ve written which will be read by different people. I will call them live and have them read aloud the text – a series of four short narrations from the point of view of a nameless character. ”
https://tamunkiwane.bandcamp.com/releases 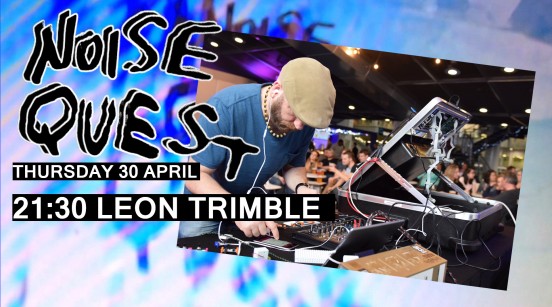 LEON TRIMBLE
Leon Trimble is an Audiovisual Performer currently researching the implications of the performer/conductor/magician through the livecoding of analogue audiovisual circuits and card tricks.
performance: Wizard Woden – choose your own (Livecode) adventure!
Leon will be using polls to create performance – choose letters from the name of the gravity synth and The Wizard will livecode with those letters. The Wizard will then turn these into glyphs to livecode with, and animate the corresponding runes. choose wisely, some of them will not produce sound!
https://bandcamp.com/leolodreamland 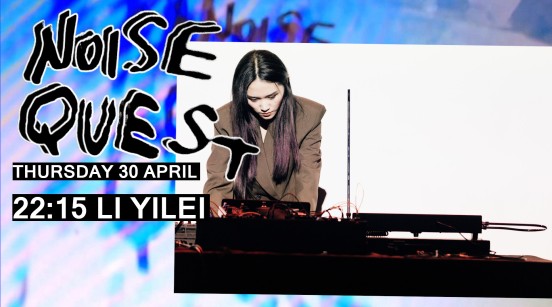 LI YILEI
Li Yilei (b. China) is a London/Shanghai based multi-disciplinary artist and musician working primarily with sound, performance and installation. As a gender non-conforming individual with Asperger’s, the experience fluctuates between chaos and sometimes painful stillness. Their body of work is plagued with the polarity of minimalist subtle moments that are translated into abstract sonic languages.
https://yileili.com/