Mechanical Techno is a system for making dancefloor-focused electronic music using a turntable as a physical sequencer. A tower of records which each play sounds from a variety of sources: electronic, acoustic, sampled, synthesized. The sounds are mixed together in a live dub. The characteristics of the system are its wonkiness and unpredictability, its visual presence and its organic-sounding output. 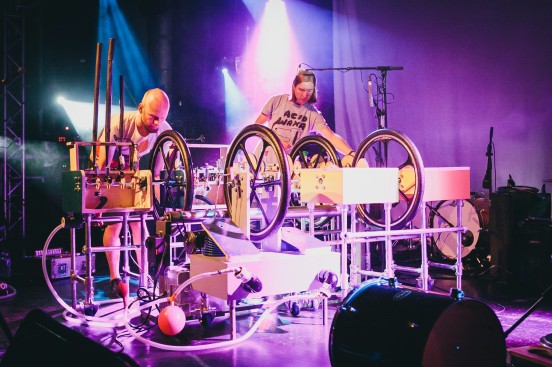 Mammoth Beat Organ is a collaboration with instrument designer Sam Underwood. A large, mechanical, modular, acoustic instrument which is both programmable and playable and designed for two performers. It uses a series of gears, cogs and pulleys to produce melodies, polyrhythms and textures via organ pipes, accordion reeds, glockenspiel bars, small percussion, gramophone parts and other noisemakers.

I use the live coding program Tidal Cycles to make fully improvised dance music, individually and in collaborations, and sometimes also alongside other sound sources for more abstract music making. Tidal Cycles is a loop-based, pattern focused sample player.

Anomalous Materials uses a hacked version of the 1990s computer game Half-Life as a sample sequencer. The tension between playing the game as-game and playing the game as-instrument creates unusual musical decisions and curious music to listen to. I have presented the project as a live AV performance, a performance lecture, an online stream, and have a forthcoming release of recordings in 2020.

Music by the Metre is an audio-analogous project to Situationist International artist Giuseppe Pinot Gallizio’s Industrial Paintings. Automated sound sources – synth drones, tape loops, live outdoor mics, vinyl runout grooves – are combined with dub effects and left to run, filling spools of tape. The varying loop lengths and randomised inputs lead to music which is static but continually changing. The tape stock is designed to be cut and sold by the metre, as Gallizio’s paintings were. 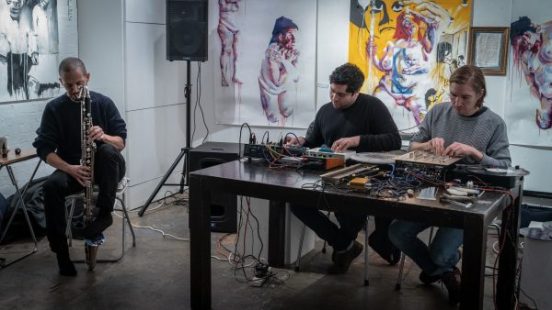