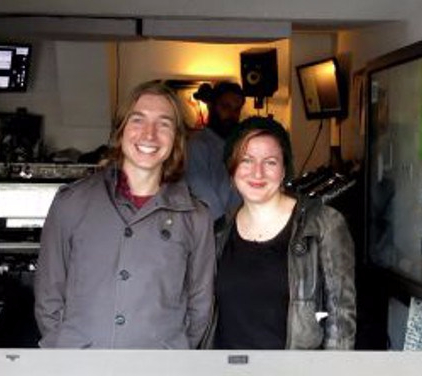 Ingrid Plum is a conceptual artist working with Sound, Voice, Space, Video. We met in 2011 working on an artists’ residency at LV21, a decommissioned light ship then moored at Gillingham in Kent. During the residency we performed several improvised sets, together but in separate rooms of the ship. Ingrid used voice and played the internal archetecture of the vessel as percussion. I played synth drones, turntable and feedback.

We have performed several times as a duo, and in extended ensembles with others.

In 2015 Ingrid recorded a session for her project Everything is Becoming Science Fiction, a series of improv duets using JG Ballard short stories as scores.