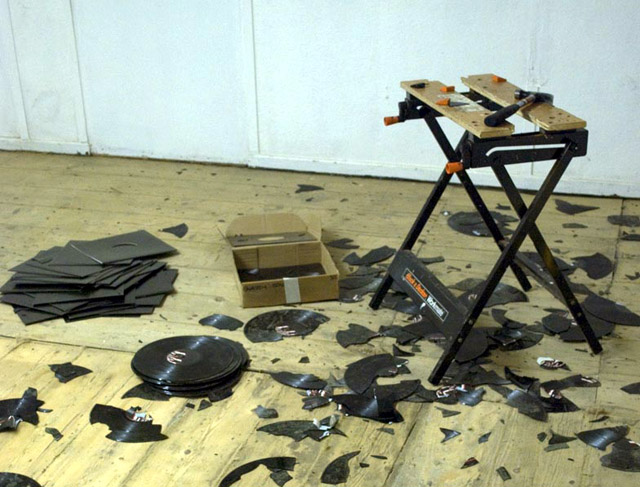 Viewers are invited to smash up a record on a workbench with a hammer. The broken pieces are left to become part of the installation.

First shown at Kraak Gallery, Manchester in December 2009, where the records were unsold copies of a self-released record of my former band – image above.

Also shown at AC Institute, New York in September 2011, with records I’d collected as a DJ – see below.