The noise of the machine itself: mechanical music and the avant garde – radio show for RTM.FM

Twang Achoo Clang Oooff is a regular broadcast of artist radio shows on RTM.FM: RTM is a radio station based in Thamesmead, SE London, run by the artist space TACO! as a platform for community-produced culture, debate, art and music.

My show The noise of the machine itself: mechanical music and the avant garde is a meander through strange and unusual mechanical music over the last 100 or so years. Full info about each of the pieces below, with bandcamp links to the newer releases. 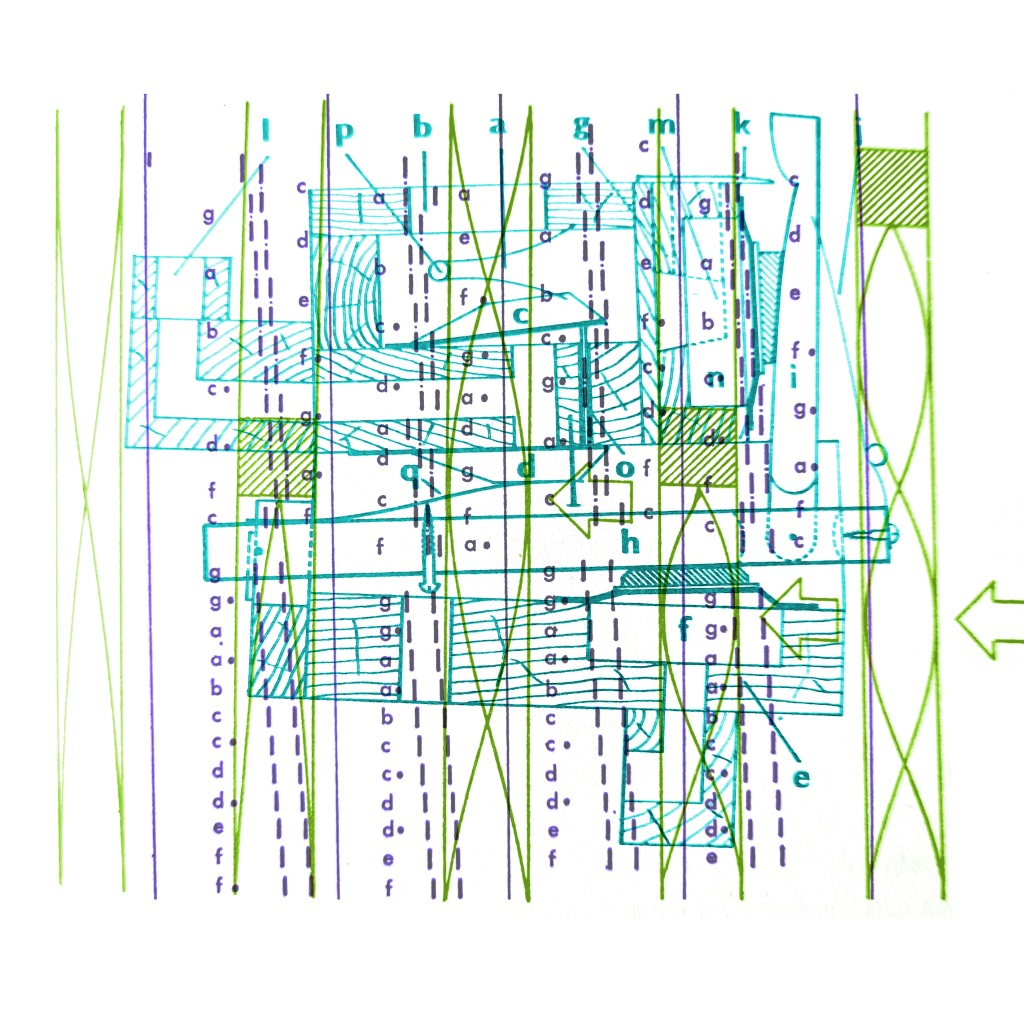 The noise of the machine itself: mechanical music and the avant garde.

With the invention of recorded music, machines which played the instruments themselves – such as fairground organs, player pianos, music boxes and barrel organs – went quickly out of fashion. Through the 20th century as music had the opportunity to become avant garde, the music machines were left behind. Where gramophones, tape recorders and turntables had an important role to play in the development of experimental music, there are fewer examples from the world of the fairground organ. This mix brings together various flavours of unusual mechanical music from the last 100 or so years up to today.

“In this age of space travel and televised entertainment the simple pleasures of the old fashioned fairground seem remote, but the nostalgia of its magic glitter, its noise and bustle, the clatter of the machinery of its rides and its sham opulence which gave endless delight and pleasure to crowds, is immediately awakened when we hear the music of the traditional fairground organ.” – album liner notes

Fairground organs were always set up to play popular songs of the day – it was unusual for music to be composed specifically for the instruments. The instruments were designed to be loud, brash and draw attention to themselves.  There’s an odd layering of nostalgia and novelty in this track – the song playing here was only released three years previous to the recording, so not contemporary with the 1903 build of the machine, though with its reference to WWI it is itself nostalgic. A novelty song played on a novelty machine.

Written in the early 1950s and typical of Ligeti’s later frenetic sound, this adaptation for a mechanical device brings precision to its playing. A rare setting of an avant garde piece on a mechanical instrument.

“Recorded with the Ampico Bösendorfer Grand in the possession of Juergen Hocker, which was restored under the supervision of Nancarrow.”

Nancarrow used player pianos in order to compose pieces which would be impossible to play for a human pianist. A player piano is programmed using a piano roll – a roll of card with holes punched in it, which allow pneumatic switches to play piano notes. As such it’s a fully acoustic instrument. Most piano rolls include a green line to tell the operator when to change the master tempo, as such meaning there is some playability in the instrument, it’s still not entirely automated and the operator can introduce some character.

The Millophonia is an experimental pipe organ built into a 100 year old windmill in Sweden by the artist Mikael Ericsson. The machine itself is bespoke, built from parts from old dismantled pipe organs and player pianos. The millophonia has no keyboard or accessible player controls, instead Erikson plays the piano roll itself – shuffling the timeline back and forth like a scratch DJ with a turntable, or covering and uncovering the organ pipes’ mouths to start and stop their sounding.
https://www.harpartlab.se/kvarnofon1_eng.html

Aerodrones is a large instrument using balloons and a footpump to play reeds and pipes, shown as a sound installation and a playable instrument. “Balloons, valves, bellows and hoses make up a musical machine that requires the performer’s body to function as both a motor and an operator. ”

Javier Bustos is a sound artist based in Buenos Aires, Argentina.
https://javierbustos.com.ar/Aerodrones

“According to Arturo Schwarz, the piece was written sometime during 1912 – 1920 /21, although 1913 is the most probable year. The Musical Sculpture is similar to the Fluxus pieces of the early 1960s. These works combine objects with performance, audio with visual, known and unknown factors, and elements explained and unexplained. A realization of such a piece can result in an event / happening, rather than a performance.”
http://www.ubu.com/sound/duchamp.html

Simple machines made of things like motors pinging bowls and slowly circling whistles that grind around the floor. Single devices become a swarm as the artist introduces new units – they behave like micro-bots, organisms each making their own path.
http://www.rienakajima.com/

Mechanical bells rung daily from the church in the famous park.
https://tim-shaw.net/

Sarah makes music using various home made instruments including the “robotic carillon, an instrument she devised and built to play bells at inhuman speeds, creating a haze of delicate, metallic sound.”
https://www.sarahangliss.com/

“The Gloggomobil functioned as programmable barrel organs, triggering a hammering action which hit the objects (glasses) and therefore made them resonate. The adapted record player acted as a wet finger to a wine glass, again causing the object to resonate at its natural frequency. A motion sensor timer switch caused the electronic objects to stop and start, adding a rhythmic structure to the sounds, which were partly arranged by the artist following existing musical and mathematical systems, and partly dictated by the technologies used.”
http://www.sarahmfarmer.co.uk

Swiss artist Jean Tinguely (1925-1991) made large scale mechanical sound sculptures including motors, pulleys, wheels and cogs. The complex systems were deliberately ramshackle and some were designed to fall apart and self-destruct.
http://www.ubu.com/sound/tinguely.html

“‘The Bellow Switch’ features the remarkable sounds of Sarah Kenchington’s mechanical instruments. All the instruments were played by Sarah, and the sounds were then recorded, edited and arranged by Daniel Padden.”

Sarah Kenchington’s contraptions form something between a fairground organ and a one-man-band setup; part pedal-powered, using pipes, buckets and a barrel sequencer to play a variety of musical instruments.
https://algomech.com/2017/artists/sarah-kenchington/

Ignacio Rodriguez Llinares’ machine the Pelicano Mecanico makes flamenco rhythms mechanically. A series of 20 wooden beaters controlled by a series of cams, on a single rotating driveshaft. The player can add or subtract parts of the rhythm in order to intensify or simplify the pattern. The speed of the driveshaft is adjustable for master tempo. The combination of locked speed shaft and complex rhythms means the player can react and respond without ever going out of sync.
https://www.pelicanomecanico.com/

Motors flicking pieces of rope against guitar strings, presented as performance-installations in the mid-late 1970s. Cited as an influence by New York no wave artists including Glenn Branca and Sonic Youth.

“Frequency is a sound installation of two constructed single-string electric guitars with electric motors that tension and de-tension the strings very slowly. They are played with motorised spinning plectrums. Speakers to be positioned on opposite sides of the space. The ‘instruments’ at the front of the space. The work has a 19 minutes cycle. An installation of slowly shifting drone of harmonics, dissonance and beatings.”
http://www.robgawthrop.co.uk/

A motorised hi-hat pedal loosely holds several drumsticks, hitting parts of a standard rock drum kit, sometimes shifting position to hit different drums. The player occasionally intervenes to move the sticks or add a cymbal to the surface of one of the toms. The overall effect is somewhere between a relentless mechanical rhythm and randomly shifting patterns – this could be a free jazz drummer’s intense solo set.

Petr Válek creates haphazard mechanical sculptures to make noisy, rhythmical music. A prolific videomaker, posting several times per week, reveling in the absurdity of his creations with titles like HOMEMADE NOISE TUTORIAL EPISODE 20064 – his narration to the episode so overamplified as to become a layer of noise in itself.

ETUDE 762220051 features a contraption made of a motor, sticks and cans which flops and clatters around a metal plate on a wooden table. The relentless rotation creates harsh rhythms and an interplay of timbres. The short clip ends with the noisy buzz of the motor continuing to rotate after the assemblage has dropped to the tiled floor. All that remains is the noise of the machine itself.