Each of these two videos is an experiment in creating patterns through error. 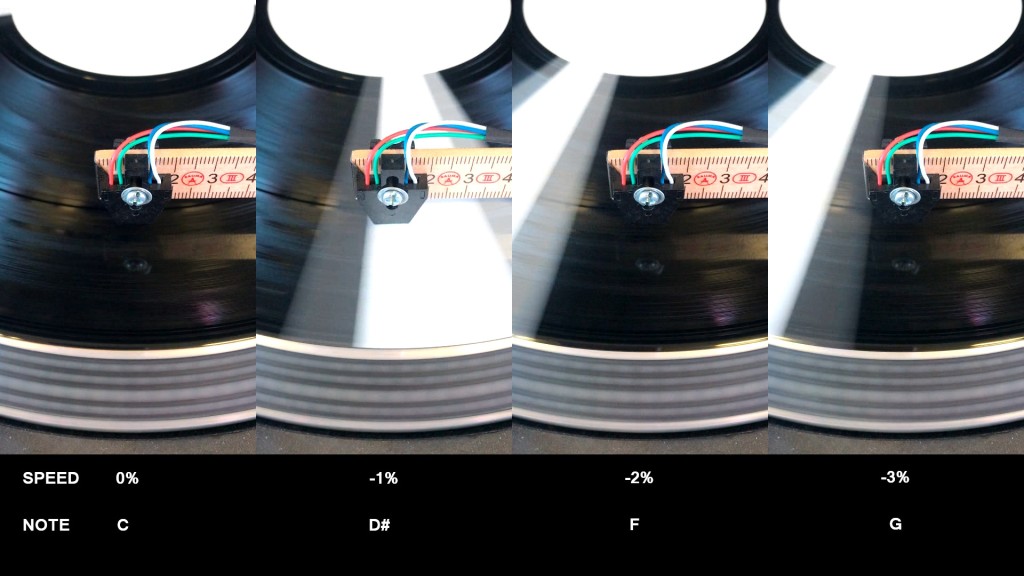 In Drift: turning out of sync each note is created by a rotating record which triggers a synth note to play. Each of the four panels shows the turntable playing at a slightly slower rotational speed.

Normally when mixing records together the intention is to beatmatch: to keep the rhythms in sync. Here the mismatched speeds create the patterns.

In Drift: internal clocks, each note is played by a person hitting a drum pad. Each player was initially given a short click-track and asked to keep that beat with the guide track absent.

Ordinarily musicians would be expected to keep time with each other. Here, the patterns that emerge are caused by variations in the musicians’ internal clocks.

The videos were made at Access Space in Sheffield as part of a residency with AlgoMech Festival 2019.

Many thanks to Alex, Aruma and Toni for appearing in the video playing the beaters!