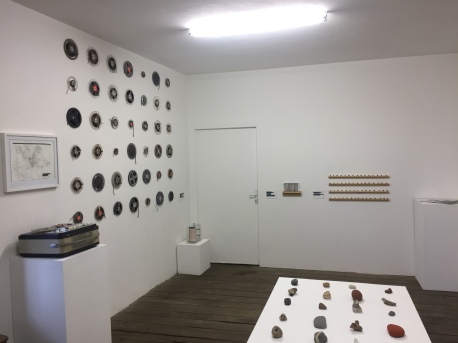 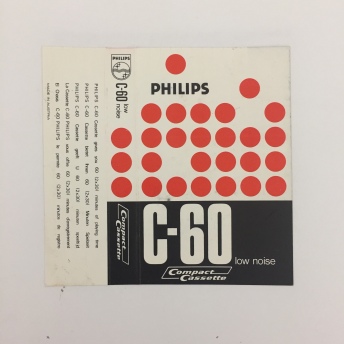 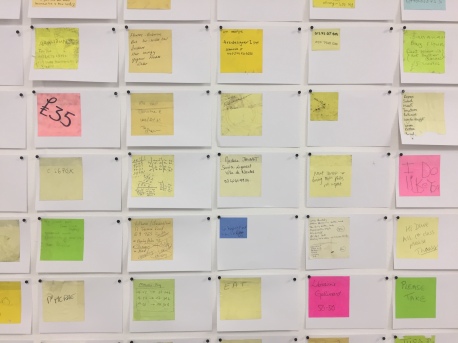 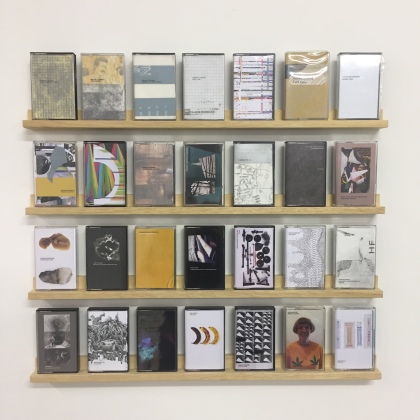 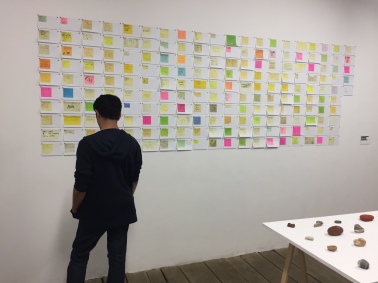 Opening in late September 2017, an exhibition exploring the connections between the act of collecting, and music appreciation and music making. The exhibition at Bon Accuiel in Rennes, Nantes had two main rooms: The first was a brightly lit space with objects presented on plain shelves and white walls. The second, a diorama of a home recording studio, a video and another wall-mounted piece. There was also a collection of modified records in the bar area, where I played a Mechanical Techno set for the opening event. Finally, a collection of pieces of broken crockery and other objects scattered in the grass outside the front of the gallery.

The diorama featured a soundtrack of the album Stuck Trax. An edition of 100 tapes was available in the gallery on a swap-only basis, with tapes brought in by the visitors taking the place of the ones from the edition. Likewise a postcard/digital edition was available at the price of one post-it note.

The items in the exhibition had dymo labels in both Enlish and French. Each of the two main rooms had a (non functional) gallery humidity detector in it.